One of the reasons Cobra Kai has been a surprise hit is because of its great writing that delivers to its audience unexpectedly deep and relatable characters. Like any good show should strive for, no character is perfect in Cobra Kai and they all have their positives and negatives that can make them sympathetic one moment and infuriating the next.

RELATED: Cobra Kai: 10 Fights We Want To See In Season 3

Whether a certain character is disliked because fans find them annoying or a character is loved because fans connect with them as a down to earth person, this list will breakdown the top characters that fans can’t get enough of, and the ones that deserve the hate they get. In fact, we’ve added a few more to the list to expand on the character roster.

Updated on November 10, 2020 by Derek Draven: As mentioned above, we’ve decided to add a few more Cobra Kai characters to the list. There’s plenty of love/hate to go around when it comes to the show, and it remains to be seen which of these characters will flip-flop back and forth between redeemable and lost cause.

Nepotism backfired big time when Daniel offered a job to his cousin Louie at one of his dealerships. From the word Go, Louie slacked off, played pranks on his coworkers, and served up a heaping hot-plate of trouble for Daniel. While he was able to coast by on Daniel’s good graces for a while, he took things way too far and suffered as a result.

Louie decided to go after Johnny Lawrence for a little payback by gathering some of his biker buddies and lighting his car on fire. The incident nearly caused Johnny and Daniel to come to blows, but it was decided that Daniel would give him a new car as compensation to smooth things over. Louie was fired, much to everyone’s delight.

Daniel had several romantic interests in the Karate Kid films, none of which panned out. Ali broke up with him shortly after his All Valley win, Kumiko pursued a dance career, and his short relationship with Jessica quickly fizzled into a purely platonic friendship.

He’d eventually meet and marry Amanda LaRusso, a perfect match for his boyish mind and playful personality. Amanda acts as an excellent counterweight, a conscience, and of course, a devoted and faithful wife who helps forge one of the best sales teams in the auto biz.

To date, Anthony has served no true purpose in the Cobra Kai storyline. He’s essentially there as a recurring gag, doing nothing all day while playing videogames and abusing his dad’s wealth like a spoiled brat. As such, he’s completely unlovable and thoroughly detestable.

One gets the feeling that this will set up a character spin for Anthony in the future, though such evidence has yet to reveal itself. As long as the show maintains the status quo, Anthony will be the horrid kid that everyone wishes would fade permanently into the background.

Moon is annoying and sweet all at the same time, which is perhaps why she’s so lovable. She’s clearly a spoiled rich girl with absolutely no concept of how the real world works, and will probably be lost and unable to cope when she eventually goes off to college.

Still, Moon deserves high praise for abandoning her bad girl clique in favor of being nice to people and encouraging them to do the same unto others. She even breaks up with Hawk after he starts becoming the same kind of bully he learned to defend himself against.

Tory’s full story has yet to be uncovered, but one thing’s for certain – she’s bad news. Tory is the polar opposite of Samantha in every way. She’s loudmouthed, aggressive, and spiteful, whereas Amanda is sweet, kind, and proactive. The two came to blows in the final episode of season two before Samantha put her down for the count.

There’s some speculation that Tory is the daughter of Cobra Kai co-founder Terry Silver, the main antagonist from the Karate Kid III. If this holds true, it could go a long way to explaining her vengeful and antagonistic behavior. Here’s to hoping she turns over a new leaf when she realizes the self-destructive path she’s on.

He’s certainly not perfect and has made many mistakes in his life but at the core of who he is, Johnny is a good man who cares deeply about his students and wants to see them succeed in life. While he can be close-minded at times, Johnny has shown the ability to change and admit when he’s wrong, like opening up his dojo to both men and women.

Although his rocky-at-best relationship with his son is largely Johnny’s own fault, he wants to fix that, which is admirable and shows what is important to him.

This is one of the few characters on this list who doesn’t seemingly have any sort of positive qualities to mention. Yasmine is a cruel and vicious bully who fans enjoy seeing Aisha getting revenge against.

She has no loyalty to anyone other than herself and even her closest friend Moon abandons her after realizing what a toxic person Yasmine is. Although it will probably never happen, getting an origin story on why Yasmine is the way that she is could be an interesting turn in season three.

Like Johnny puts it, “girl’s a natural Cobra.” As someone who is bullied and doesn’t have many friends to speak of, fans immediately connect with Aisha and love seeing her grow into a strong and proud young woman.

RELATED: Cobra Kai: 7 Characters Who Went Through the Biggest Change

As Johnny’s second student after Miguel, Aisha holds a high status in Cobra Kai dojo and in fans’ hearts. Rumors suggest Aisha may not be appearing in season three, and fans can’t help but think that this is a major loss if true.

No fan of Cobra Kai will be surprised to see Kreese under the “Hate” category for this list. Kreese is a manipulative, selfish, and wicked old man whose only joy in life is inflicting pain on others.

Cobra Kai attempts to build some sympathy for Kreese by suggesting there’s trauma he carries from the Vietnam War and how he has been living in homeless shelters for years, but these fail to make up for the fact that Kreese is a disturbed individual who fills his students with rage and hate.

Admittedly, Daniel begins the series as a vindictive and spiteful guy who is annoyed by Johnny’s success with Cobra Kai. Once Daniel starts focusing less on what Johnny is doing and more on his own dojo, fans remember why they fell in love with Daniel in The Karate Kid all those years ago.

Say what you want about Daniel, at the end of the day he’s a good father and a good sensei who teaches his students valuable life skills that shape them as people.

Like Yasmine, Kyler is another character who lacks redeeming qualities that would make fans want to understand him. Kyler seems to be nothing more than a bully who makes himself feel good by tearing down others.

RELATED: Cobra Kai: 5 Reasons Johnny Lawrence is a Better Fighter and 5 That Daniel LaRusso Is

Watching Miguel beat the crap out of him in the school cafeteria is incredibly satisfying and creates a hilarious new dynamic between the two of them where Kyler becomes scared of Miguel and actively avoids him.

A controversial character to be sure. That said though, no one can debate the fascinating and impactful arc Hawk goes through. Fans have loved watching him gain some much-needed confidence and respect for himself.

The problem is that Hawk goes too far in his arc, turning into the complete opposite of the character he starts as and twisting into a bully. Fans hate to see this but are hopeful that there’s still some good left in Hawk that stops Kreese from sending him further down this dark path.

While Demetri is all-in-all a good kid, he’s still an annoying and frustrating person. Even Daniel, a sensei who prides himself on his patience with his students, gets irritated by Demetri’s frequent whining and desire to always take shortcuts.

While fans connect with Demetri over how his former best friend, Hawk, is now his tormentor, overall Demetri and his constant Game of Thrones references are just a bit too much to deal with on an episode-by-episode basis.

Miguel is one of the most relatable and well-liked characters in all of Cobra Kai. While he can be quick to anger on occasion, this doesn’t take away from the fact that Miguel is a good person who cares deeply about others and always tries to stand up for what’s right. His growth throughout the series is compelling and satisfying to watch.

Fans fear for the fate of Miguel after the tragic season two finale and hope what happened to him doesn’t fill him with hate and anger.

This is a character fans don’t want to see in the “Hate” column but know that he deserves to be here. Robby had a lot of good favor on his side as he began to turn over a new leaf while training with Daniel, leaving behind his former criminal life. Unfortunately, he throws this all away when he takes advantage of Miguel’s mercy and kicks him off a second-story railing.

Although it appears this was an accident, Robby’s actions still have dire consequences for both Miguel and his status with fans. Everyone loves a good redemption story, but Robby has a lot of work to do to fix what he has done.


Next
Arrowverse: How Old Are The Heroes Really? Their True Ages & Birthdays 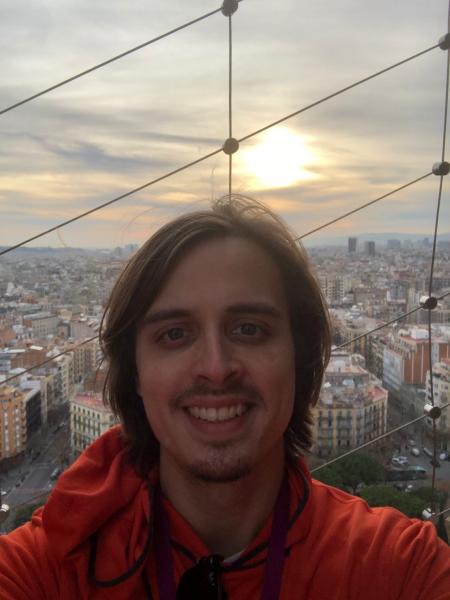 Elliott Duque-Estrada is an aspiring screenwriter who works as a Professional Reader for Netflix, reading and analyzing books and graphics novels that are under consideration for film or series adaptation. Since he was a kid, Elliott has had a passion for storytelling and has immersed himself in film, TV, video games, books, and comics. This pushed him to move to Los Angeles from North Carolina and pursue a graduate degree in screenwriting from Loyola Marymount University. Since then, Elliott has worked at various production companies and one of the biggest talent agencies in Hollywood, primarily reading and evaluating film and series scripts. Some of his favorite things include the Final Fantasy game series, The Girl with the Dragon Tattoo book trilogy, Avatar: The Last Airbender/The Legend of Korra, the Marvel Cinematic Universe, and his pet Boston Terrier ‘Xena’.