Here’s your guide to all the major story and plot threads that Arrow dropped over the years. When The CW launched Arrow, it was originally supposed to be very different. Oliver Queen was supposed to share the spotlight with Laurel Lance and Tommy Merlin, but plans changed when the showrunners noticed the public reaction to a shirtless Stephen Amell poster.

This set the precedent for a show that was surprisingly reactive. Showrunners Andrew Kreisnberg, Greg Berlanti, and Marc Guggenheim had worked together on the ABC dramedy Eli Stone, and they learned not to pull their punches. “Eli was always on the verge of being canceled,” Guggenheim explained in an interview with EW, “so we never said, ‘Oh, we’ll do that in season X,’ because we never knew if we’d get season X. So, we were like, ‘We’re going to do it right now.’” As a result, the showrunners committed to Arrow and they “burned through story with abandon.” This meant the storylines were a lot more fluid than most viewers realize, particularly in terms of plots that ran from one season to another. In many cases, the changes of plan are only visible on careful viewing.

Related: Arrowverse: Every Show’s Status As Of 2021 (& Major Updates)

But Arrow faced another problem: it was playing with characters and properties that were owned by Warner Bros. The studio was wary of overexposing characters, and as a result would frequently ringfence someone for the big screen, telling the TV shows to abandon any plans involving them. Worse still, the DC Extended Universe slate was in a constant state of flux, so these limitations might come after several years’ worth of narrative build-up. As enjoyable as Arrow may have been, all of this came together to result in a show with a surprising number of course-corrections. Let’s take a look at all the major examples.

Arrow Was Forced To Abandon Its Suicide Squad

The most obvious example is the Suicide Squad. The Arrowverse’s version of Task Force X became increasingly important in Arrow season 2, with Amanda Waller putting together a team of black ops agents who could conduct dangerous missions with no official connection to ARGUS. Arrow even went so far as to give an episode the title “Suicide Squad,” just in case any viewers weren’t spotting the setup. And then plans suddenly changed, with Deadshot killed off in season 3 and Amanda Waller executed in a rather anticlimactic way in season 4. This is easily the most visible course-correction in the history of Arrow, and it was mandated by Warner Bros. The studio was beginning work on the Suicide Squad movie, and didn’t want to risk diluting the brand by having multiple versions of Task Force X in popular culture at the same time. Arrow season 7 introduced a new version of Suicide Squad, but even then it was called the Ghost Initiative so as to avoid any problems. 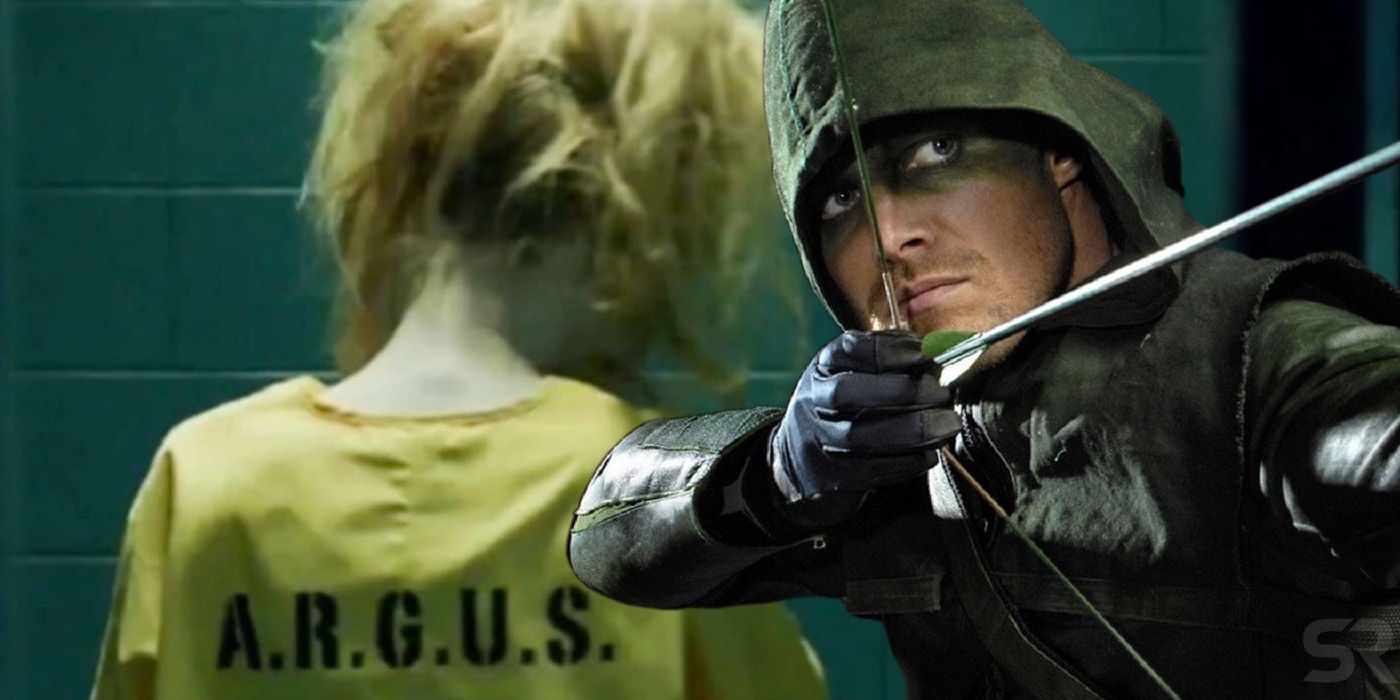 Part of the Suicide Squad setup in Arrow season 2 involved the introduction of Harley Quinn, in a memorable scene in which John Diggle and Lyla Matthews argued outside an ARGUS cell. “Do you cuties need some counseling?” Harley called out after listening in for a while. “I’m a trained therapist!” A deleted scene showed the cell’s occupant, a prisoner in pigtails, but she was said to be too deranged for even Amanda Waller to consider adding her to Task Force X – at this point.

Arrow‘s writers have downplayed the significance of this, suggesting it was just a cool Easter egg, but actress Willa Holland – has been a lot more open about it. According to Holland, Arrow‘s writers had big plans for Harley Quinn, intending to develop their own version of Arkham Asylum. “We were going really heavily into that for a minute,” she revealed. “And then, something must have come down from DC or some higher-up above that said ‘No, you must cease and desist because we’re going to make it into a movie and we can’t have anyone spoil that idea.’“

Deathstroke Plans Were In A Constant State Of Flux

Arrow‘s writers and showrunners encountered similar problems with Deathstroke, who only became part of the Arrowverse by accident when Geoff Johns hit on the idea of adding the distinctive half-black, half-orange Deathstroke mask in the foreground for island shots. Manu Bennett made his Arrow debut as the assassin-for-hire by the end of season 1, and Slade Wilson’s family life soon became a major subplot. And then he disappeared, searching for his son Kane – written out because Warner Bros. had plans for Deathstroke in the DCEU. The plot threads were summarily dropped until Arrow season 5, by which point Arrow had been given permission to use Deathstroke in a limited capacity once again. There’s still a strange two-year gap in Deathstroke’s story, never explained or explored.

Arrow season 1 featured a couple of nods to Kord Industries, a rival for Oliver’s company that – in the comics – is run by Ted Kord, aka Blue Beetle. This was intended to set up Blue Beetle’s introduction, but plans once again had to change courtesy of Warner Bros. In this case, it seems Arrow‘s writers were able to adapt by writing Kord out and replacing him with Ray Palmer. “Originally Ray Palmer, who was introduced on Arrow, he was supposed to be Ted Kord and we went another way,” Marc Guggenheim explained while speaking at ACE Comic-Con in 2017. Interestingly, he also noted the writers had discussed using Booster Gold, Blue Beetle’s time traveling best buddy, but chose not to do so for undisclosed reasons.

The Huntress Was Wasted As A Character

Arrow season 1 introduced Jessica De Guow as Helena Bartinelli, the woman who swiftly suited up as Huntress. The first two seasons suggest Huntress could well have been an important recurring character for Arrow, but she essentially vanished. According to Marc Guggenheim, Huntress was supposed to appear in season 3, but things just didn’t pan out. “As most of you know, despite doing 23 episodes a season – God help me – we still somehow manage to run out of room to tell certain stories,” Guggenheim noted in a Tumblr post. “Unfortunately, Helena’s episode in season 3 was one of those casualties of our lack of real estate. We value Jessica and the character she created too much to waste both of them on a story we can’t give proper attention to.” Sadly, that never happened.

Wildcat Should Have Been A Lot More Important

Arrow season 3 introduced J.R. Ramirez as Ted Grant, whom comic book readers immediately recognized as the vigilante Wildcat. He served as a personal trainer for Laurel Lance, and the sparks between Ted and Laurel were electrifying. It looked as though Grant was being set up for a major role, potentially a member of Team Arrow who clashed with Oliver. Then he was injured in a fight, and was then forgotten. This time round, the visible course correction was actually driven by a very different reason: J.R. Ramirez’s career took off and he was promoted to a regular on Starz’ Power. He was therefore unavailable to carry on filming Arrow and Wildcat was dropped, never to be mentioned again.

Related: Arrow: How Oliver Queen Can Return In The Arrowverse’s Future

The Character Of Sin Was Sidelined

Part of the problem with adapting storylines is that secondary and ancillary characters can easily get sidelined. A good example is Sin, a street urchin played by Bex Taylor-Klaus, who was taken under Sara Lance’s wing in Arrow season 2. After Sara’s death, there was no natural way for Sin to fit into the show’s ongoing story, and she was soon forgotten by the writers. Even when Sara returned from the dead, resurrected courtesy of the Lazarus Pit, she failed to check up on Sin – the girl she once insisted she considered family. Sin is hardly the only character to be neglected in this way, but her supposedly close relationship with Sara makes her the most glaring example.