It’s official: Marvel’s Juggernaut hits even harder than Thor. There’s nothing superhero fans love more than a good versus match: Who would win in a fight, Hulk or Thor? What would happen if Superman crossed paths with Homelander? Can Captain America beat Batman in a brawl?

Comic book writers are fans in their own right, and, consequently, the idea of heroes going head-to-head has become something of a tradition. When two superheroes cross paths, they customarily fight before eventually teaming up. Occasionally massive events tear the superhero community apart, such as Marvel’s famous Civil War, or the unforgettable Avengers Vs. X-Men. Sometimes the books’ publishers actually manage to cooperate enough to commit a cross-dimensional plot, such as the celebrated DC Versus Marvel. But in all these cases, there’s a problem; the winner essentially depends on the whims of the current writer. The one exception was DC Versus Marvel, which was actually voted upon by readers, leading to strange outcomes such as Wolverine beating Lobo with apparent ease.

Related: The Juggernaut is The Key to Marvel’s Version of Dark Souls Lore

If fans really want to compare characters, there’d need to be an impartial observer. A perfect example is offered in Savage Avengers #14, in which a dangerous splinter-group of Avengers go after Sadurang, a rogue Asgardian who has the power to transform into a giant dragon. Juggernaut and Magik work together in a stunning trick, with the mutant teleporter transporting Cain Marko high up into the atmosphere. It’s the ultimate wind-up for the Juggernaut’s punch, allowing him to strike Sadurang with enough force to create an impact crater. A dazed Sadurang reverts to humanoid form and concedes he’s never felt a punch like this. “Not even Thor himself strikes as hard,” he admits. 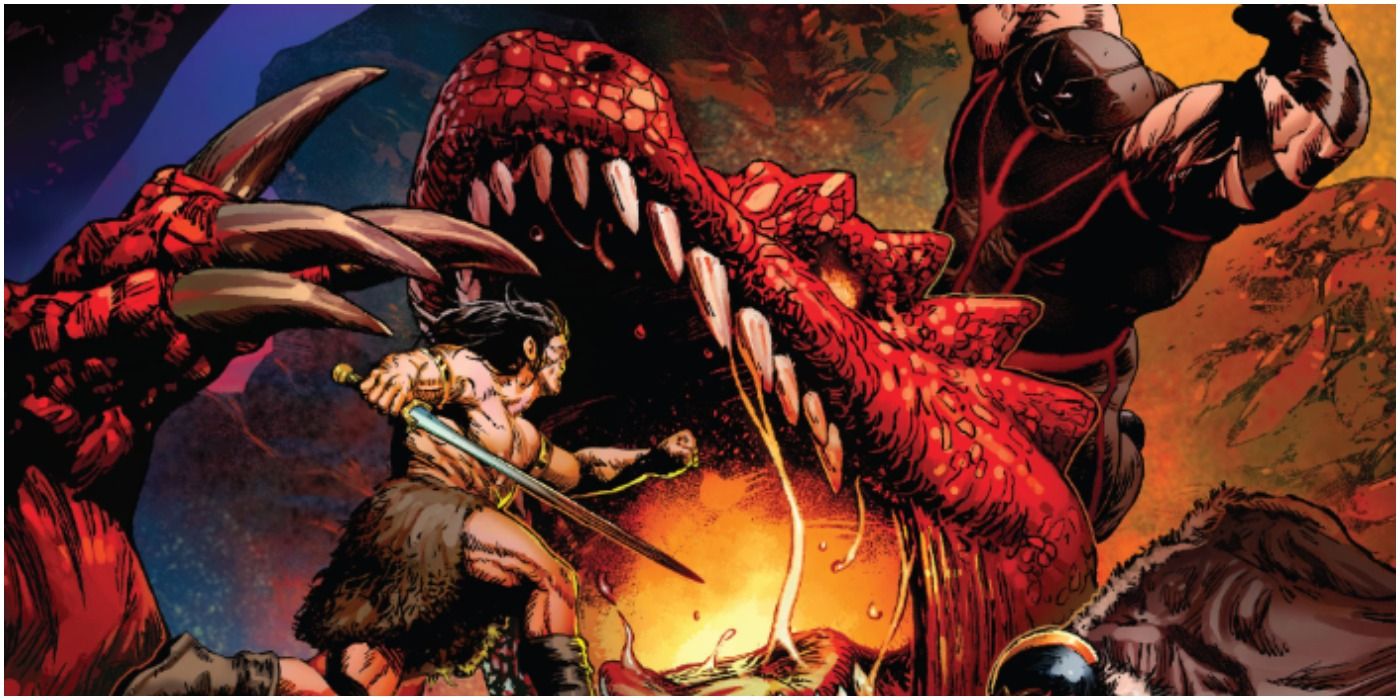 This wasn’t exactly a normal punch, even for Juggernaut, but this team-up between Magik and Juggernaut has essentially allowed him to hit with the hardest punch he’s ever thrown, and the force of the blow is enough to render Sadurang unconscious. But all Magik did was provide Juggernaut with the best wind-up for his punch, so in truth he has always had the potential to launch a blow like this. Sadurang just has the misfortune of winding up on the receiving end of it.

So it seems it’s official; Sadurang has felt the strongest punches from both Thor and Juggernaut, and in his view Cain Marko is the strongest of the two. Oddly enough, given Juggernaut #2 recently saw Hulk prove himself Juggernaut’s superior in every way, this also establishes a clear power scale. Hulk is at the top of the ladder, Juggernaut is below him, and then there is the Mighty Thor. No doubt the Thunder God’s ego would be wounded at the news.

More: Juggernaut Proved How To Beat The Hulk In A Fight