There has been an outpouring of RIP messages on the passing of Maradona of a cardiac arrest at age 60 across social media platforms. One tweet stood out: “If Bengal and Kerala were countries, their flags would fly at half mast today.”

This is not a hyperbole.

Diego Maradona’s ‘Hand of God’ goal in the 1986 FIFA World Cup broadcast his legend from black and white television screens across Kerala and Bengal. Maradona belonged to these football-loving states and communist bastions as much as their homegrown stars. Aspiring players and young teens tried to dribble like him in the manicured fields of professional football clubs and the back alleys of working class neighbourhoods. Dressed in the knock-off blue and white jerseys of their hero, they dreamed of becoming him. 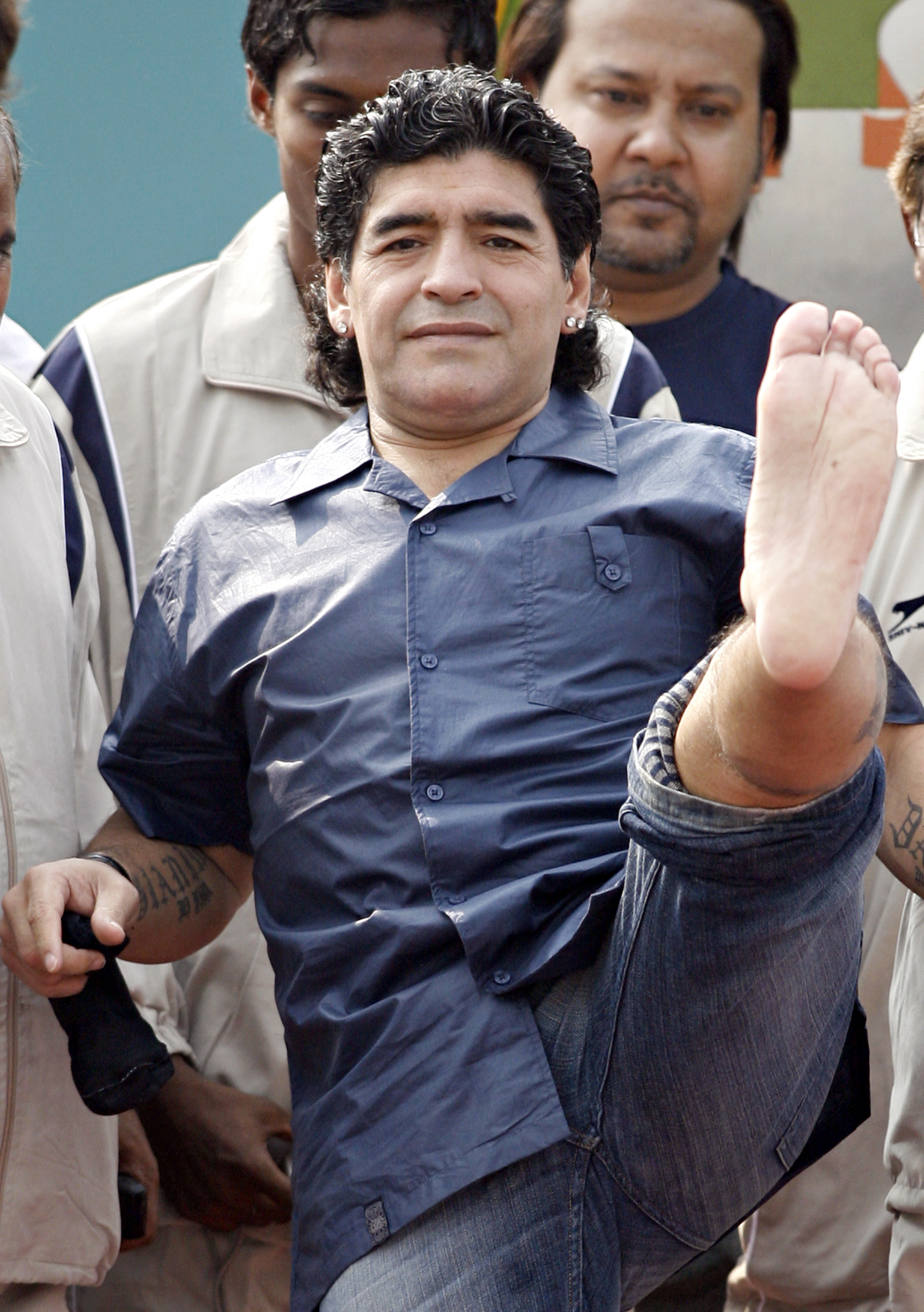 Propelled from his shantytown home on the outskirts of Buenos Aires to the global playing field by dint of sheer talent, Maradona was the everyman’s hope. He inspired young players from less privileged backgrounds, making them believe in their own talent rather than rue their lack of access or funds.

Kerala-based CPI leader Pannian Ravindran is the author of three books on football. In an interview with The News Minute he put it rather aptly: “Football is a game of the poor. It’s one ball and 22 people. Communism is about the issues of the poor.”

A lover of Che Guevara, this son of a factory worker, upheld all that he read by the revolutionary as values in his life and even had Che tattooed on his arm.  Apart from being a lifelong supporter and cigar buddies with Fidel Castro, Maradona considered the Cuban leader to be a deep influence on his personal struggles with drug abuse as well as the shaping of his politics. (The minor coincidence that he died on the same date as Castro finds resonance among many.)

Without a doubt, all this spiked his popularity in the communist bastions of Kerala and Bengal grew manifold with this shared political vision in an egalitarian future.

Maradona is a part of India’s pantheon of sporting gods and popular culture. For Bengalis and Malayalees alike, this worship often takes on curious forms. During his first visit to Kolkata, the legend had a song composed in his honour which had a video chronicling his dreams, struggles and meteoric rise.

The hotel suite that he inhabited during his visit to Kannur in 2012 became a museum soon after where everything including his used cigarette butts are preserved in glass cases. In Kerala, Maradona’s name is also associated with jewellery. Boby & Maradona Gold Diamond Jewellery is the enterprise of Kozhikode businessman, Boby Chemmanur who sponsored the star’s visit to the state after roping him in as a brand ambassador.

Of statues and men

In 2017, Maradona himself inaugurated a 12-foot-high statue in Kolkata commemorating his 1986 win. It occupies pride of place in Salt Lake Stadium, the iconic venue where he played an exhibition match for charity (featuring cricketing icon Saurav Ganguly) during the same visit. A second statue in wax is enshrined at the Mother’s Wax Museum in New Town, Kolkata captures his famous left foot move. Unfortunately, both likenesses have flaws and bear a tragi-comic resemblance to the man.

Earlier today, Goa which also claims its own legion of Maradona fans, has announced that it will install a statue of the sporting legend to “inspire the youth”.

Artistic merits and imperfections notwithstanding, these statues are the personal idols of a people and their everyday worship for a god of their own making.

Mourning Maradona is only natural in Argentina and the government has announced a three-day remembrance across the country. Thousands of kilometres away in Kerala, it is equally a matter of course where a two-day mourning period will be observed in the state. In Kolkata, impromptu memorials have popped up offering tributes and his statues are inundated with rajanigandha wreaths. With Maradona’s passing, two states that often debate their communist ideologies, are united in a common loss.